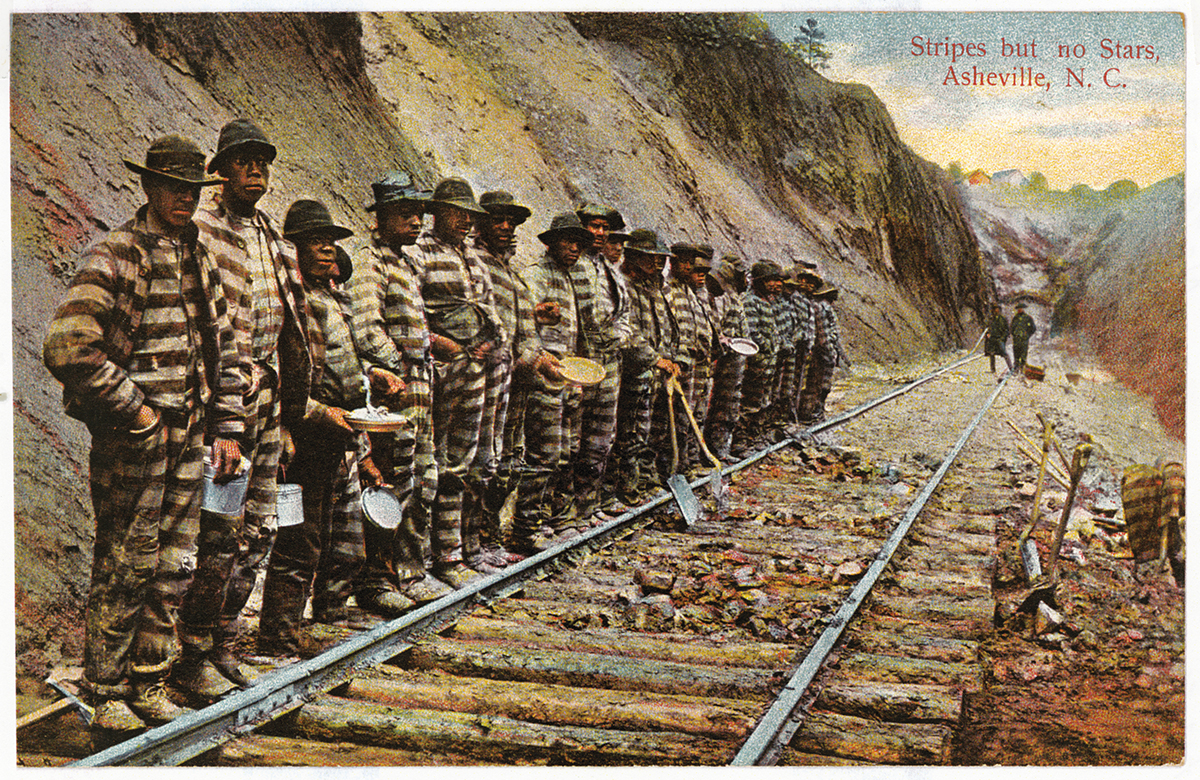 A new memorial at Andrews Geyser in Old Fort will honor the forgotten efforts of state inmates in constructing the Western North Carolina Railroad (WNCR). “Their work and sacrifice cry out for a memorial,” says Dan Pierce, a history professor at the University of North Carolina Asheville.

Chartered by the North Carolina General Assembly in 1852, the railroad was to stretch from Salisbury to some point on the French Broad River beyond the Blue Ridge Mountains. But in 1869, WNCR languished in Old Fort, unable to cut the steep mountain grade. In 1875, North Carolina purchased the railway and legislated the use of convict labor.

“Most [inmates] were unjustly charged and convicted under a racist system,” says Pierce. “They worked six days a week in all weather under extremely dangerous conditions with mudslides and cave-ins a constant threat; were clothed in thin, cotton, striped uniforms with no coats; fed a meager diet of beans and cornbread; and were herded together in boxcars for sleeping which exposed them to communicable diseases.”

Still, they performed “miraculous feats.” After four years of work, the 1,823-foot-long Swannanoa Gap Tunnel was complete and Asheville, long positioned as a potential railway hub, was finally on the map. “Daylight entered Buncombe County,” James H. Wilson, chief railroad engineer, sent in a telegram to Gov. Zebulon B. Vance on March 11, 1879.

The celebratory note makes no mention of the immense loss experienced in navigating the mountains. Penitentiary records suggest some 139 inmates died during the project, though that number is assumed to be higher. Conditions were deplorable. Disease shook the camps where prisoners were quartered. Laborers were penned in wooden stockades along the tracks, the largest being at Round Knob, the location of Andrews Geyser. Some inmates were shot by guards. Others died while using nitroglycerine to complete the seven tunnels between Old Fort and Black Mountain.

“Much of the work was done by hand with picks, shovels, sledgehammers and steel drills,” says Pierce. “It was hard physical labor and extremely dangerous.”

Constructing the memorial is expected to cost $3,000. The committee expects the memorial will be dedicated in April.

For more information or to make a donation, contact Dan Pierce at dpierce@unca.edu.