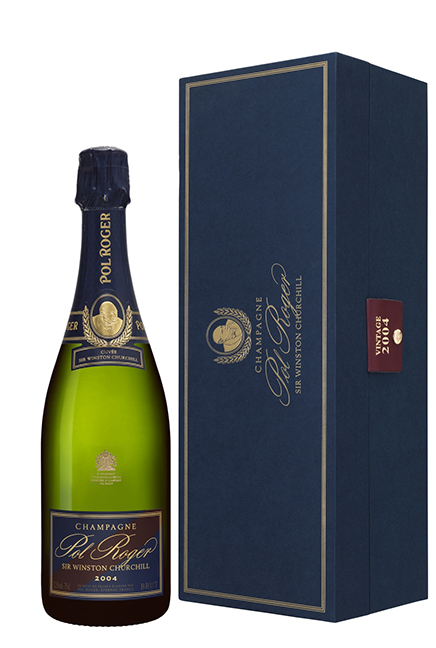 History is replete with stories of wine intersecting with those who are making history. One in particular involves Winston Churchill. Back in the day, he was known as much for his interest in wine and spirits as he was for his efforts to save the free world. Libations started early and continued throughout the day at the Churchill home.

In 1924, when Churchill moved to Chartwell, he wrote a letter to his wife Clementine, saying that he drank “champagne at all meals and buckets of claret and soda in between.” He was quoted as saying, “My tastes are simple, I am easily satisfied with the best.”

No More Champagne, a book by David Lough published last fall, proves the point.  According to the author, Churchill spent the 2015 equivalent of $62,000 a year on Champagne. Most of those dollars went to Champagne Pol, located in the French town of Épernay. The relationship between Churchill and Pol Roger dates back to a lunch hosted by the British Ambassador to France after the liberation of Paris. At that meal, the 1928 vintage of Champagne Pol Roger was served. Churchill struck up a friendship that day with Odette Pol Roger that endured until his death.

Churchill even brought his wine list with him to the White House. On the day he arrived to meet with President Franklin Roosevelt, Churchill advised Alonzo Fields, The White House Chief Butler, to place a “tumbler of sherry in my room before breakfast.”

Historically speaking, sherry is a good match for such a figure as Churchill. A fortified wine made initially and primarily in Spain, sherry is the result of different cultural influences over thousands of years, including Greeks, Carthaginians, Phoenicians, and Romans.

We do not know which sherry Churchill preferred. But in 1941, when he met President Roosevelt, he would have had access to Delgado Zuleta Sherry founded in 1744 and perhaps Lustau where sherry had been made since 1896.

Between meals, claret (the British word for wines from Bordeaux) was his drink of choice. There is little documentation on Churchill’s preference, but Chateau de Bellevue, dating back to the 18th century, would have likely been available at Berry Bros & Rudd, established in 1689 in London, where Churchill was known to shop.

We do know that Churchill expressed a preference for Vina Pomal. Made by Bodegas Bilbainas, one of Rioja’s oldest estates, this Tempranillo was a favorite of the British hierarchy, and especially Churchill. Bodegas Bilbainas, one of the first Spanish wines to go abroad in the early 20th century, established a bottling center at Charing Cross in London in 1926 near the Prime Minister’s residence at 10 Downing Street. In 1952, the winery presented Churchill with a box of Vina Pomal with the inscription: “from a Spanish Admirer.”

This all sounds like a lot of wine, but biographical and medical information indicates that the only drinking problem Churchill had was when his very precise demands were not met!

Gina Trippi is the co-owner of Metro Wines, 169 Charlotte Street in Asheville. Committed to the community, Metro Wines offers big shop selection with small shop service. Gina can be reached at gina@metrowinesasheville.com or 828.575.9525.